The Govett-Brewster Art Gallery’s new issue in the STATEMENTS essay series is now available for purchase at the Gallery shop. Commissioned in association with the Govett-Brewster’s 2018 exhibition ‘Sensory Agents‘ and edited by exhibition curator Sarah Wall, Tangible/Intangible: The Sound of Sculpture looks to sculptural practices that explicitly employ sound as a medium.

Scholar and curator Caleb Kelly explores the development of sound arts through sculptural form and installation practices. The practices that he investigates uncover a changing understanding of the nature of sculpture itself and a new perspective of the importance of the senses in our appreciation of the arts. Tangible/Intangible includes examples from a diverse range of international artists such as Laurie Anderson, Vicky Browne, Eric Demetriou Rafael Ferrer, Rebecca Horn, Paul Kos, Len Lye, Ross Manning, Max Neuhaus, Jean Tinguely, Takis and Pia van Gelder. 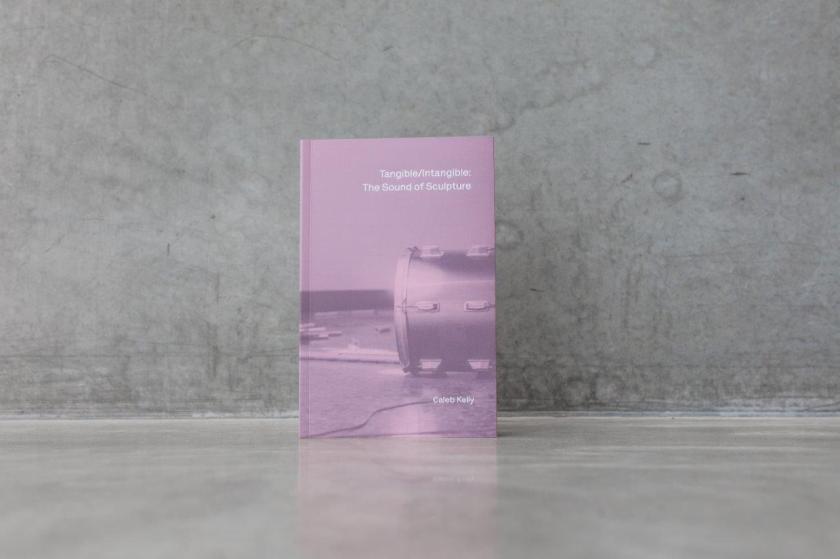 Tangible/Intangible: The Sound of Sculpture is published as part of the Govett-Brewster’s STATEMENTS series of commissioned essays. Other titles in the series include texts by Len Lye and Erika Balsom. 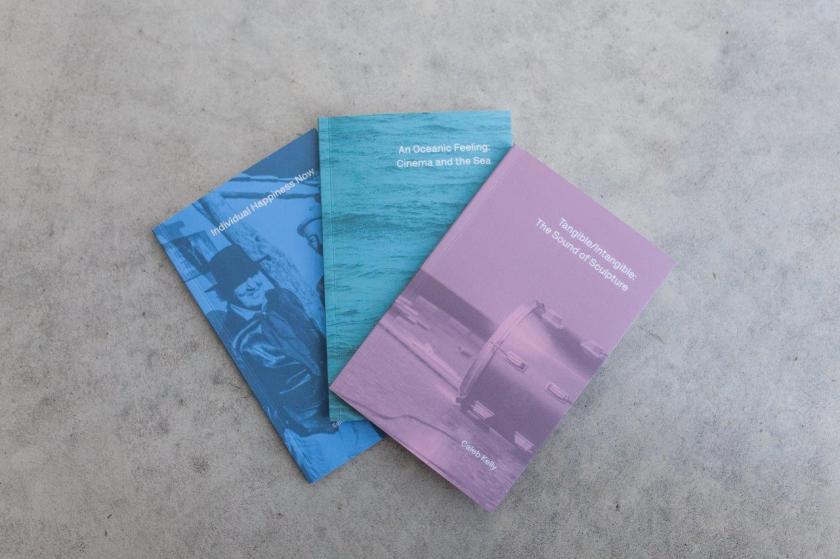 Only going link to this piece by Kirsty Johnston this weekend.

I’d urge anyone to follow and keep reading Johnston and Matt Nippert for their exemplary work.

The University of Auckland is proposing to amalgamate its Fine Arts Library into its general library. I used this specialised and internationally significant library extensively, years before being enrolled in the art history department itself. Naturally, there’s opposition to what is a much broader desire for cuts to humanities departments and resources. There are numerous pieces on the matter, a withering response published by the NZ Herald this week and a strange piece by Peter Gilderdale (from Auckland University of Technology) at the Spinoff. Andrew Paul Wood responds to Gilderdale here.

Deepa Bhasthi writes on her childhood discovering Russian literature through the cheap editions of Russian classics distributed in India by the USSR.

An overdue study, Lana Lopesi on the idea of Auckland as the world’s “largest Polynesian city’.

Chika Okeke-Agulu in Frieze with the most sound response to the Brooklyn Museum’s controversial curator of African Art hiring.

To end, the Guardian on Sister Corita Kent. 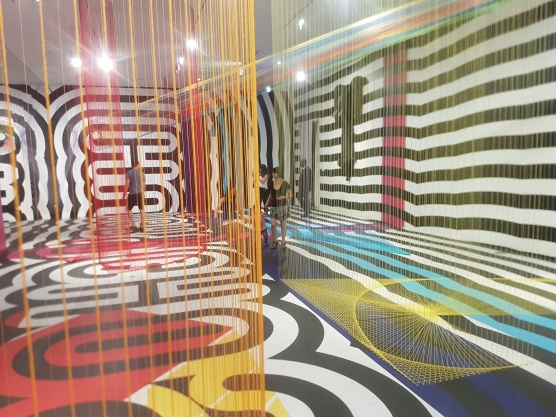 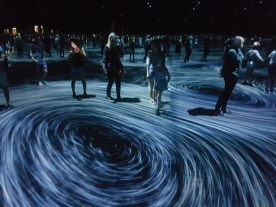 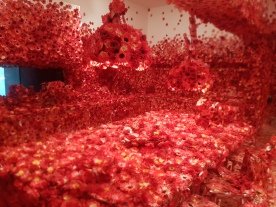 Over the last year it has become clear that nothing sends a shiver down the spine of museum colleagues as consistently as a new peice from British journalist Tiffany Jenkins. Here’s this week’s piece in the Guardian – on crowds in museums. And here an earlier and releated piece from the Financial Times more blunt in reccommending entry fees as a way to keep the decorum in and the hordes out. It’s all far from the ugliest of Jenkins’ work (but still snobbishly calls school tours of galleries ‘desperate’). For that, work your way back from this response by Andrew Paul Wood in Eyecontact and this by Kathy Bowrey. 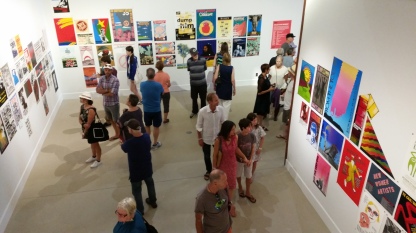 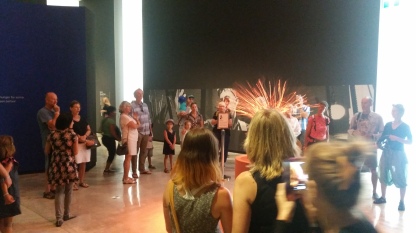 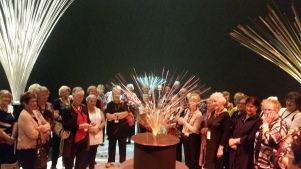 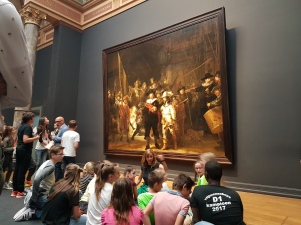 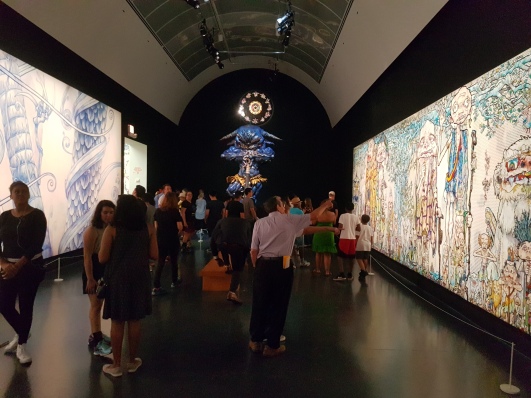 A while back I posted a link to Len Lye’s 1937 film N. or NW. This week MUBI published a great piece from Cristina Álvarez López on the same work.

The New York Review of Books and Simon Callow on Paul Robeson.

Two reviews of the new book appeared over the Christmas and New Year period from John Hurrell at EyeContact and Sally Blundell in the Listener.

Some listening for a change. Last month 95bFM broadcast an interview with Erika Balsom as part of their Artbank programme. Balsom is Senior Lecturer in Film Studies at King’s College London and was visiting New Zealand as part of the Govett-Brewster At Gallery’s International Film Curator in residence programme. Balsom covers her visit to New Zealand (and Australia) in this month’s Art Monthly magazine (unavailable online).

There’s a lot of talk around Alexander Calder lately, principally around he Whitney Museum’s exhibition, Calder: Hypermobility. This piece from Hyperallergic covers the performative aspect of Calder’s motor driven works in the Whitney show. The article includes several videos from the Whitney’s channel which lead me on the Calder Foundation’s own videos. Here’s Calder Foundation chairman and grandson of Calder, Alexander S. C. Rower, demonstrating motion in Calder’s work.

The other exciting news in the Calder world is Jed Perl’s new biography, an excerpt  published here by the Smithsonian. 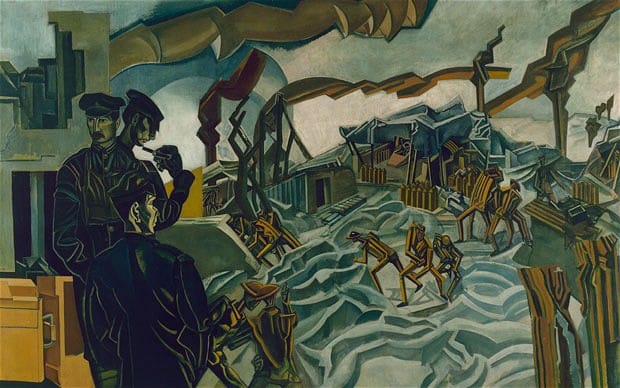 ‘In fact, the pictures are still shocking: war gave Lewis a subject which was equal to his anger. He pays as much attention to the angle of a rack of shells as he does to the bodies of the men around them. Unlike some of his peers, he wasn’t interested in the dynamism of war – there are no explosions, his war paintings are strangely static. Nor did the war do much to strip him of the schoolboyish contrarianism of Blast. But it did give him a way of applying Vorticism to the real world, providing a context for what Read called ‘the geometry of fear’. Lewis’s work can still feel more modernist than any of his peers.’

This week I’ve been starting to work in earnest on a forthcoming exhibition concerning experimental cinema so it was timely to see  the Village Voice wrapping up with a great interview with filmmaker and critic Jonas Mekas.

Still in film, the British Film Institute has launched a the BFI Filmography which boasts of being ‘a complete history of UK feature film, explorable and shareable’.

Meanwhile (enjoying my Mondrian and De Stijl socks I bought recently from the Stedelijk) I read Nina Siegal’s account of a fake Mondrian and the fraught issues of expertise and authentication.

‘Museums anyhow are wrong. But if one must have museums, let them be small, and above all, let them be local. Splendid as the Etruscan museum is in Florence, how much happier one is in the museum in Tarquinia, where all the things are Tarquinian, and at least have some association with one another, and form some sort of organic whole’

And in the spirit of museums being wrong, this is why I avoid things like ‘ask a curator’ day and twitter back and forth with the public.

There is a couple of week’s reading to catch up on as I have been preoccupied with a several new Len Lye exhibitions, notably the new exhibition opening at Christchurch Art Gallery, Stopped Short by Wonder (on until 26 November). Curated by CAG’s Lara Strongman, the exhibition is the largest survey of Lye’s work held in Christchurch for several decades and includes requisite works like Universe and Fountain. However, it’s great to see CAG have selected a range of rarely seen paintings by Lye, particularly God of Light (1978), and a large number drawings previously unexhibited. There’s also Big Blade performing in a gallery setting for the first time. The Press previewed the exhibition here with some video of the sculpture in performance.

The exhibition in Christchurch is accompanied by Henry Matisse: Jazz, an exhibition of Matisse’s portfolio of prints issued in 1947. It’s a nice connection to Lye, sitting in the gallery adjacent to Lye’s proto-MTV experimental films with their jazz sountracks. Interesting then to read this piece this week from Edward Lucie-Smith on the Matisse exhibition at the Royal Academy and its discord with multiculturalism. You can also read Jonathan Jone’s criticism of that same exhibition too.

Just finished this piece today from the New Yorker on Solomon Shereshevsky, a Russian afflicted with synaesthesia and a resulting ability to remember everything. Well not quite, as the article uncovers. But it lead me to reread this older New Yorker piece on Henry Gustave Molaison, the American who couldn’t remember anything. It also brought me back to this recent and fascinating piece on our sense of colour from from Maria Michela Sassi at Aeon, The Sea was Never Blue, exploring the ancient Greek understanding of colour.

Controversy this week in Australia over the awarding of the Olive Cotton Award for Photographic Portraiture to Justine Varga for a cameraless photograph produced by the action of the artist’s grandmother writing and spitting on to the negative. The Sydney Morning Herald lead the charge with a couple of pieces and plenty of quotes from disgruntled photographers – their main criticisms here. They raise the question of whether the work is a photograph, whether it’s a portrait, and finally if it was even authored by the artist. With those issues hanging over it, it’s a wonder why the bile hasn’t been more directed to the awards organisers for including the work rather than the typical sexist dismissal of the artist on social media and the hate mail (!) to judge and NGA curator Shaune Lakin. Check out photographer Jack Picone’s social media discussion on the matter to see responses from the dead heart of Australian photography – at best, it’s surprising how few professional photographers can define a photograph.

Hyperalleric reposted an article on Duchamp’s Optical Experiments, something I’m thinking over a bit this week as we install our next Len Lye exhibition at the Govett-Brewster, considering the famous 1961 exhibition of kinetic art Rörelse i konsten/Bewogen Beweging which included the likes of Lye and Jean Tinguely alongside Duchamp. More in this in the coming weeks.

And to end, Jerry Saltz likes the new MoMA renovations.

Yorkshire’s Hepworth Wakefield wins Art Fund UK Museum of the Year prize. I have to agree. I’ve had the fortune to visit the Wakefield on each of my trips back home to the UK and enjoy the museum more each time. In fact, wishing I was in the UK right now to catch the Wakefield’s Howard Hodgkin exhibition.

Reviews of The Body Laid Bare, Auckland Art Gallery’s exhibition of nudes from the Tate Collection, continue to stress the lack of colour.

Looking forward to this new biography of the photographer Gaspard-Félix Tournachon, or Nadar as we all know him.

And to to end, Why is contemporary art beating out the old classics?