This week I’ve been starting to work in earnest on a forthcoming exhibition concerning experimental cinema so it was timely to see  the Village Voice wrapping up with a great interview with filmmaker and critic Jonas Mekas.

Still in film, the British Film Institute has launched a the BFI Filmography which boasts of being ‘a complete history of UK feature film, explorable and shareable’.

Meanwhile (enjoying my Mondrian and De Stijl socks I bought recently from the Stedelijk) I read Nina Siegal’s account of a fake Mondrian and the fraught issues of expertise and authentication.

‘Museums anyhow are wrong. But if one must have museums, let them be small, and above all, let them be local. Splendid as the Etruscan museum is in Florence, how much happier one is in the museum in Tarquinia, where all the things are Tarquinian, and at least have some association with one another, and form some sort of organic whole’

And in the spirit of museums being wrong, this is why I avoid things like ‘ask a curator’ day and twitter back and forth with the public.

The last year has been very productive in terms of publishing and research. Beside overseeing the long overdue publication of Robert Graves and  Len Lye’s 1941 essay Individual Happiness Now, I was thrilled to be have the opportunity to bring together Lye’s photogram work in the Shadowgraphs publication. On the research front, I’m eagerly awaiting the publication of a co-authored essay concerning the conservation of kinetic art through the Getty Conservation Institute and presently working on another co-authored piece concerning Lye’s experimental cinema and advertising.

The big event of the year however is a new collection of writing on Lye arriving in November 2017, published by Canterbury University Press and edited with Wystan Curnow and Roger Horrocks. I’ll follow with more detail once we have a press release in hand but, for now, here’s the cover (a 1979 portrait by Robert Del Tredici) and a list of contributors. 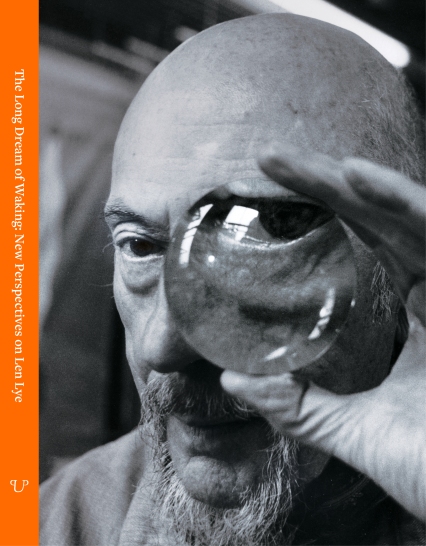